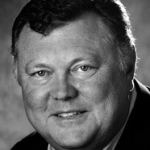 Imagine Communications is splitting its business into two organisations encompassing playout and networking and advertising technology respectively. The ownership of the company will remain as before and recently appointed Tom Cotney will continue to serve CEO of both businesses.

Steve Reynolds, president, playout and networking solutions and previously CTO, will take charge of the playout arm and Sarah Foss, SVP and general manager, ad tech, will be in charge of advertising technology.

“Internally we pretty much operate that way anyway,” said Paula Bargery, sales director, UKISA at Imagine, speaking to DTVE at the NAB Show. “This is just formalising that. It will take effect immediately. We see both businesses have different challenges. Ad tech is in expansion mode and we are looking at filling gaps in our portfolio through acquisitions.”

She said that the new ad tech business is going to include not only traditional advertising products but all of Imagine’s OTT business line including non-linear ad insertion and packaging.

Previously there was an advertising management solutions business and the OTT business was managed separately.

She said non-linear is growing it is not yet generating huge revenues, meaning that broadcasters are looking for low-risk entry strategies. “There is a balance between making the investment and not seeing an immediate return. Adding [non-linear] to the linear platform makes it less risky and less costly to do it.”

The Landmark airtime sales system has now been complemented by non-linear functionality so that people can manage everything in the same system. Bargery said this approach is now being extended to Imagine’s next-generation modular platform xG. “We can bring individual modules to market a lot more quickly and it is no longer proprietary so we can sell different modules to companies that don’t use underlying Imagine platforms.”

An example is xG Gameplan, a new automatic booking module “Our plan is to do that across the entire suite,” she said. Other modules include xG Scorecard, an analysis platform that can also talk to other third party applications through open APIs.

The playout arm of Imagine faces a number of challenges and is likely to grow more slowly.

“The playout market is very tough. It is a race to the bottom in terms of margins and it requires a different approach,” said Bargery. She said the plan was to get that business “into the best shape possible. The move to IP has taken longer than anyone predicted. The focus will be on ensuring our key solutions will be ready.”

She said technology is ready but adoption is slow. “Customer adoption has been slower than we thought and it varies by region. At the same time there has been a fall-off in the traditional SDI business. IP is growing but those two things aren’t happening at the same rate.”

One major reason for slower than expected uptake “has been waiting for standards to be agreed”, she said, citing the recent ratification of the SMPTE-2110 standard for IP exchange Customers are also looking at their own organizations and to see if they are properly structured, she added.