HD Austria, the Austrian DTH pay TV operator owned by M7 Group, now has 125,000 subscribers, representing all-time record growth of 25% for the last 12 months, according to the group. 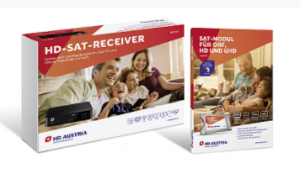 According to M7 Group, citing data from GfK, HD Austria now accounts for over 50% of sales of conditional access modules with cards or cardless technology in the Austrian market.

M7 believes it has plenty of room for growth in Austria, where 58% of homes use satellite for TV reception, one of the highest rates of DTH penetration in Europe.

“In order to receive the largest offer of HD channels in Austria, via satellite and OTT, more and more Austrian satellite TV homes are replacing their classic ORF smartcard for HD Austria as their platform provider of choice. The 25% HD Austria subscriber growth over last year is a clear illustration of this trend, triggered by a new range of innovative hybrid services and our excellent HD program offering,” said Martijn van Hout, director of HD Austria.

“This is also why we continue to invest in quality. An example is the launch of our first UHD channel INSIGHT TV UHD in 2017, while in March 2018 we added seven new premium channels to the HD Austria line-up. In addition, interactive services such as restart, replay, TV Everywhere and VOD were introduced in order to meet the rapidly changing consumer demands in the Austrian market.”

Last December M7 Group reported that about 150,000 hybrid boxes had been deployed across its pan-European footprint. M7 has about three million DTH customers across the Benelux and central Europe, recently launching a DTH service in Germany.