YouTube has opened its first YouTube Space in the Middle East and North Africa region, having launched its latest creator studio in Dubai. 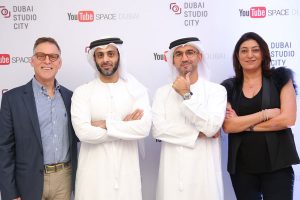 The YouTube Space is located at Dubai Studio City, a production facility owned by local investment company TECOM Group. It is designed to be a place where YouTubers can learn, connect and create content.

The facility includes two studios, a common area that includes a set that will change each quarter, a lounge room, café area, workshop room and post production desks.

YouTube creators with 10,000 subscribers or more can use the production and post-production facilities, while channels owners with fewer subscribers can attend open houses, bootcamps and community events.

TECOM Group first announced in December 2016 that it would partner with YouTube to launch the region’s first YouTube Space, initially slating a Q2 2017 launch. The delayed official opening happened over the weekend.