Facebook has struck a deal with Major League Baseball (MLB) to exclusively stream one live weekday afternoon game per week in the US on its Facebook Watch platform. 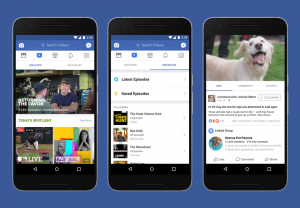 Facebook will broadcast the action via the MLB Live show page on Facebook Watch. Games will be available on this page to viewers outside the US in markets where the rights have not already been sold.

MLB will also produce and distribute curated content in addition to each live game on Facebook. This will include on-demand highlight packages for every regular season game as well as club-specific weekly recap packages for all 30 MLB teams.

“It is a major creative step forward in serving our diverse, passionate community of fans, who will enjoy a uniquely interactive experience watching our games on Facebook each week.”

“Community and conversation are central to both baseball and Facebook, and MLB Network’s innovative broadcasts will bring these interactive and social elements of the game to life to fans around the world in new ways on our platform.”

The deal was approved unanimously by the 30 Major League Clubs, with the agreement marking an extension of Facebook’s 2017 season deal to simulcast local television broadcasts of 20 Friday night MLB games.

The news comes after Facebook was reported earlier this year to have appointed Eurosport CEO Peter Hutton as it looks to secure live sports rights.