The Swiss public has voted 71% in favour of keeping the TV and radio licence fee in a vote at the weekend. 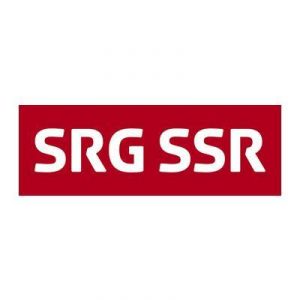 Public broadcaster SRG said that the vote marked a “new beginning” for the association, which set out plans to reform, boost efficiency and focus on news and digital services in the wake of the result.

“This campaign has facilitated a broad debate about the role and the place of public service broadcasting in a media landscape undergoing full-scale upheaval,” said Gilles Marchand, director general of SRG SSR.

“However, the outcome of the vote is not the end of things for SRG SSR. It is a new beginning. It obliges us to adapt our enterprise to our new operating climate and to the changing needs of society, as we listen to its expectations and its criticisms.”

The SRG is due to implement a CHF100 million programme of savings and reinvestment, with plans to improve efficiencies in its infrastructure, administration, technology, real estate, production processes and distribution network.

The SRG’s three priorities are: to providing a balanced, independent news service in the four linguistic regions of Switzerland, with 50% of the licence fee to be spent on news programmes; to depict the diversity of Switzerland and Swiss culture in its films and TV series; and to adapt to changes in society by working to improve its digital services.

The SRG said it intends to set up a multilingual digital platform that will make as many SRG productions as possible – translated as required – accessible to everyone, from all linguistic regions.

Noel Curran the director general of the European Broadcasting Union (EBU) – the world’s leading alliance of public service media – said: “We are delighted that the public have voted in such huge numbers to retain the licence fee in Switzerland.

“This is a real vote of confidence in public service media and its critical role in enriching the cultural, social, economic and democratic life of society.”

The No Billag campaign, which called for the abolition of the Swiss licence fee, began in late 2015. The issue went to the vote after 100,000 signatures were collected in support of the initiative, which can trigger an amendment to the Swiss constitution. Billag is the private company that collects the licence fee in Switzerland.