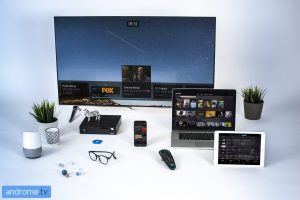 Androme, which has developed services for Telenet and Liberty Global previously, is pitching Androme.tv as a multi-device end-to-end TV platform that enables services including live TV, video-on-demand, catch up TV, startover TV and local and network-based DVR across multiple devices.

“Maintaining consistency in high user satisfaction is a challenge currently facing the market. In the coming years, this will remain important as telecom companies come under pressure to serve the right content to their end users via, for example, recommendations,” said Raf Van Ham, founder of Androme.tv.

“With androme.tv, we offer the TV functionality that is desperately needed in the telecommunications and broadcast industry: the agile and cost efficient deployment of TV platforms. We focus on working this way so we can better adapt to new trends in the competitive and fast-moving TV ecosystem.”