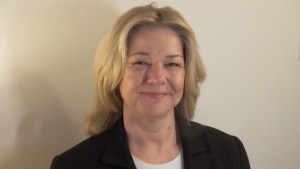 Waddell is leaving her post as head of production at the Alan Partridge production company to take on the same role at UKTV.

The hire comes as UKTV delves deeper into its plan to up its original programming output by a third this year.

UKTV and Waddell have together on a number of original shows in the past, as the broadcaster’s director of commissioning, Richard Watsham, noted in a statement.

“We have thoroughly enjoyed working with Kerry on quality shows such as Red Dwarf, Undercover and Zapped,” he said.

“Her collaborative approach and the significant experience she’s built up by working on some of the best-known shows in the UK, positions her perfectly for the kind of ambitious projects that we have coming down the line.”

Baby Cow and UKTV both count the BBC as an investor, with the UK’s pubcaster upping its investment in the former in April 2016.

The BBC’s UKTV stake is a 50% shareholding. Rumours it may attempt a £500 million (US$705 million) buyout for full control once Discovery Communications completes its acquisition of the other 50% stakeholder, Scripps Networks Interactive, began circulating in November last year.