The BBC’s research and development division, BBC R&D, delivered “significant value” to viewers, the corporation, the wider industry and the UK economy, according to a new cost-benefit analysis by the public broadcaster. 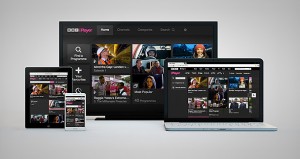 In a comprehensive review of its R&D activity, the BBC said it “conservatively estimates” that for every pound spent by BBC R&D it delivered a return of £5 to £9.

The BBC also claimed that BBC R&D helped bring forward the launch of HD on terrestrial TV by three years, delivering a total economic benefit of £77-£152 million for a cost of £2.8 million.

“Some of the most significant advances in broadcast technology began in the BBC’s R&D department and we will continue to invest in R&D that best serves the interests of our audiences, the wider broadcasting industry and the UK’s creative economy, while always providing great value for money,” said Andy Conroy, controller, BBC R&D.

“In practice, that means we are willing both to take risks on things that may not work and to take the decision to stop investing in things that we don’t believe are delivering value.”

The review was agreed between the BBC and the UK government’s department of digital, culture, media and sport as part of its last charter agreement. It is an assessment of BBC R&D’s work over the last Charter period 2007 – 2016.

This analysis takes a range of factors into consideration, including economic benefits and efficiencies delivered to the BBC, audiences benefitting from new or improved services, and other factors like patents and technology standards that benefit the industry and broader society.

It includes an independent cost-benefit analysis, a qualitative assessment of successes, and consideration of future objectives.