Parks: 12% of US broadband homes use livestreaming platforms

Some 12% of US broadband households used a live streaming platform like Facebook Live or Periscope in the third quarter of 2017, according to Parks Associates. 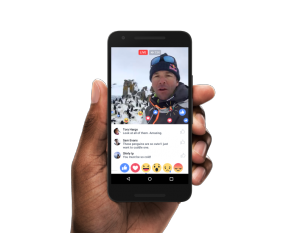 The research firm said that 19% of consumers aged 18-24 engaged in live streaming, while the live streaming of TV shows and sports – including illegal content streams – skewed to an older audience.

“Some sports franchises and leagues are legitimately live streaming their content, but much of the produced content on these live streaming platforms remains unsanctioned.”

Sappington added: “Over one-third of households live-streaming TV shows or sports indicate the programming was available, but they opted for live-streaming because they did not want to pay for access.”

“Over one-quarter stated that they accessed the content via live streaming because the price of the programming was too high. While these figures ultimately represent less than 5% of US broadband households, they are a significant portion of those watching app-based live streams.”