French audience ratings outfit Médiamétrie has published new statistics about TV and internet use in Côte d’Ivoire for the second half of last year. 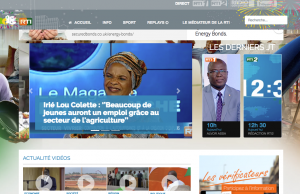 According to the ratings agency, which teamed up with local player Omedia to measure audience habits in the West African country, some 83.9% of the inhabitants of the country’s capital, Abidjan, and second city, Bouaké, watched TV on an average day between September 10 and November 20.

On average, Côte d’Ivoireans watched four hours and 14 minutes of TV each day. National channels accounted for a 20.4% share of viewing, with RT1 taking first place ahead of Novelas TV.

According to Médiamétrie, 27% of individuals surveyed said that they had connected to the internet the previous day, up seven points on the first half of last year. Use of social networks remains flat, with 45.6% of individuals saying they had signed in to at least one social network. Facebook took top slot, ahead of Google+, Instagram and Twitter.

Some 60.5% of Abjdjan and Bouaké residents listed to the radio for an average of three hours and 52 minutes a day, with Al Bayane, RFI and Nostalgie taking the top three slots.

Médiamétrie and Omedia surveyed 1,728 individuals aged 15 and above in three waves lasting 16 days each in the two cities in September and November last year.