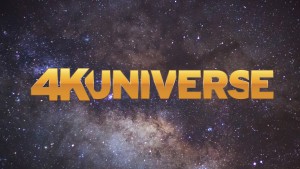 4KUniverse, created by producer Matthew Mancinelli last year, launched initially in North America on the SES UHD platform. The latter provides channels to over 30 cable and IPTV operators with a combined reach of 10 million subscribers.

Swisscom is adding 4KUniverse to its UHD offering, which incudes lives sports and on-demand offerings as well as other linear channels.

In the US, 4KUniverse is available both as a linear TV channel on cable and IPTV and as an SVOD service on a variety of platforms. The streaming channel is available on Amazon Fire TV, Google Chromecast, the Xbox One S and PS4 Pro game consoles and Sony and Samsung smart TVs.

“The SES Ultra HD platform has played a tremendous role in the overall acceleration of Ultra HD and the rapid development of 4KUniverse, which has grown quickly from a strategic idea to a 24-hour 4K cable TV channel in little more than a year. We look forward to 4KUniverse being enjoyed in TV households across North America in what promises to be a breakout year in 2018 for the SES Ultra HD solution, and we are very excited about our international growth starting with Swisscom in Switzerland,” said Mancinelli.

“By leveraging our global distribution infrastructure behind the successful SES Ultra HD platform, SES is well positioned to deliver quality 4K content to markets anywhere in the world. The delivery of 4KUniverse to Swisscom represents a natural extension of our North American solution and opens the door to additional growth beyond the US,” said Steve Corda, VP of business development for SES Video.