Amazon has agreed two deals with ATP and ATP Media to broadcast live ATP tennis in the UK and Ireland and to add Tennis TV to its Amazon Channels line-up in the US . 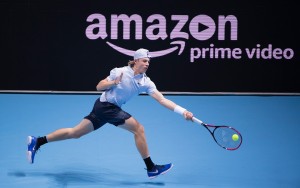 In the UK and Republic of Ireland, Amazon Prime Video has agreed live and on-demand distribution rights to the ATP World Tour – giving Prime members access to 37 ATP World Tour events from 2019 to 2023.

In the US, ATP Media’s direct-to-consumer streaming service, Tennis TV, will be added to Amazon Channels for Prime members on a non-exclusive basis starting in 2018.

Subscribers to the Tennis TV via Amazon Channels will be able to watch more than 2000 live matches from the ATP World Tour, as well as on-demand content including classic matches and highlights.

“We’re thrilled to work with Amazon across these two agreements, including a landmark UK rights deal from 2019, as it marks a pivotal moment in our sport. Our agreement with Amazon allows us to open up a digital space that is only becoming increasingly important in the world of sport and entertainment,” said Chris Kermode, ATP executive chairman and president.

Jim DeLorenzo, head of sports, Amazon Video said: “Our goal is to deliver compelling content to Prime members. We are excited to bring our customers in the US, UK, and Ireland more tennis with the ATP World Tour and Tennis TV.”

The two new deals follow the announcement in September that Amazon Prime Video has taken the worldwide streaming rights, excluding China, to distribute the Next Gen ATP Finals until the end of 2018.

This includes exclusive video rights in the US, outside of Tennis TV, to distribute the tournament – a new men’s under-21s event, held in partnership with the Italian Tennis Federation and the Italian National Olympic Committee, which took place for the first time earlier this month.