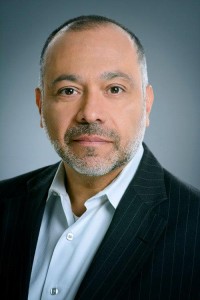 Rodriguez takes up his new position, as well as a place on the TiVo board of directors, effective immediately.

He succeeds Thomas Carson, who announced his intention to retire as TiVo CEO earlier this year.

Carson will stay on in an advisory capacity until the beginning of the second quarter of 2018 to assist in the CEO transition, but has stepped down from the TiVo board.

“Enrique is an exceptional leader and strategist who has the energy and passion that will position TiVo for success,” said Jim Meyer, chairman of the board of directors, TiVo.

“He knows the company and our industry inside and out, and will be able to move quickly with implementing initiatives that we believe will position the company for future success and add value for our stockholders.”

Rodriguez said: “The opportunity for TiVo is enormous, and my focus will be on accelerating the innovation that our customers demand to help usher in a new era of entertainment, while adding value for our stockholders.”

Rodriguez’s was recent role was at AT&T but prior to this he held executive positions at Sirius XM, Cisco Systems’ service provider video technology group and Microsoft’s TV division.

He has also served as vice president of Xbox Partnerships for Microsoft and spent more than 20 years serving in various engineering and executive positions at Thomson/RCA.

Carson announced plans to retire from TiVo in May, less than a year after Rovi Corporation closed its US$1.1 billion (€961 million) takeover of TiVo. His departure ends an 11-year career at TiVo and its predecessor companies – Rovi and Gemstar.