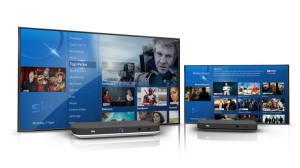 Sky is due to launch its advanced TV service, Sky Q, in Italy before Christmas and then in Germany and Austria in the first half of 2018.

Sky announced the plans during in its fiscal Q1 earnings announcement, with the wider European rollout of Sky Q following the release of the service in the UK and Ireland in early 2016.

Speaking on Sky’s earnings call, CEO Jeremy Darroch said that Sky Q has “continued to grow well” in the UK market. It terms of customer uptake, it grew 23% quarter-over-quarter in Q1.

“Since we launched the service 18 months ago, over 1.6 million households have taken it, driving improved customer satisfaction and loyalty – and we continue to make it better, launching a number of innovations including voice control,” said Darroch.

“In the next few months, we’ll build on this success by rolling out Sky Q to Italy and then we’ll follow it up by launching Sky Q in Germany and Austria in the first half of 2018.”

Sky said it will also launch its previously-announced Soundbox speaker in the UK in November, and plans to roll out new customer loyalty programmes in Germany and Austria following launches in Italy and the UK.

The Soundbox all-in-one speaker was developed in partnership with audio technology startup Devialet and is designed to offer immersive sound that Sky claims can “surpasses many of the best home cinema systems available today”.

This box was already in development prior to the release of Sky Q and marked an upgrade to the previous generation of Sky+ box. The hardware was named Sky+ Pro in Germany and Austria, and MySky in Italy.

Ahead of this release, a Sky spokesperson told DTVE that Sky’s UHD-ready next generation entertainment service, Sky Q, would launch in Germany, Austria and Italy at some point during 2017.