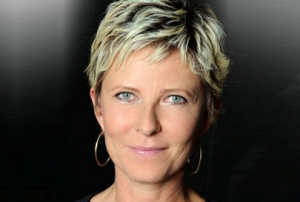 It has been a difficult few days for the international TV industry, with Wegelius’ passing coming just days after the death of former National Geographic and FremantleMedia North American chief David Lyle.

Wegelius had a long career spanning four decades in both Swedish and international television, and was programme director at SVT between 2007 and 2013, where she commissioned the reality format Eternal Glory among other shows.

She is credited with modernising the public broadcaster, and her career can be linked to Sweden’s rise as an important international television territory, especially in reality TV.

Before SVT, she was part of the team that created commercial broadcaster TV3, and was its first programming chief.

She also launched Scandinavian indie Wegelius TV, which created and produced international formats such as The Big Class Reunion.

“Annie had a natural gift for TV production, and she showed great courage when she lead a historical shift at SVT. She wanted, in her own words, ‘to burl the public service cardigan’ and injected energy, creativity and greatness not only in SVT, but also in the Swedish TV industry as a whole.”