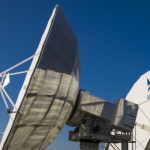 SES now reaches one billion video viewers worldwide, and there is still plenty of room for growth in the satellite video business, especially in emerging markets, according to Deepak Mathur, SVP, commercial, Asia-Pacific and the Middle East.

Speaking at a press event at IBC, he said that the company would build on this as it expanded its reach further in the emerging economies of the world.

Mathur said that SES now delivers 7,741 TV channels to 325 million homes, including 2,587 channels in HD and 31 UHD channels. Customers include over 40 DTH platforms.

SES is no longer a European centric business. It currently has 20 DTH customers in Europe, meaning that fully half of its base is outside this region, said Mathur.

The company’s reach now covers all of Europe except Portugal as well as most of the world with a few important exceptions such as China, Pakistan and a number of other countries.

SES delivers 1,839 SD channels in Europe and 803 HD or UHD channels delivered to 156 million homes. The operator has five European orbital slots and continues to deliver new business, from expansion of contracts and migration to HD services.

In North America, SES has 78 million mostly cable homes, with 707 SD channels and 1,373 HD and UHD channels. This proportion – the reverse of the balance between HD and SD elsewhere – makes it unique and fertile ground for UHD development,  Mathur said.

SES serves North America from two slots in the western part of the continent and three is the eastern part.
In Latin America, SES delivers 469 SD channels and 269 HD and UHD service for 37 million homes. Mathur said there had been a slowdown in Latin America but the launch of a new satellite and plans for SES 14 which will augment its capacity in this market will open up new opportunities he said. Latin America is served by four orbital slots.

Despite growth in OTT, Mathur said there was still a big role for satellite. While OTT distribution is becoming more pervasive, 95% of video revenue is still for linear TV, said Mathur. Those producing content for traditional TV have multiple opportunities to distribute their content, unlike OTT-only producers such as Netflix, he said.

Mathur also argued that OTT customers were increasingly ‘stacking’ multiple OTT subscriptions, meaning they incur more costs than for a traditional pay TV package. “The opportunity for traditional pay TV operators continues to be extremely strong,” he said. “Pay TV operators by having the widest range of content have the greatest opportunity to bundle this as part of an OTT subscription as well as their own pay TV packages.”

Mathur  said that there is ongoing migration from SD to HD services, and that consumers are willing to pay for HD content. He said that even in emerging markets, HD content was becoming an essential requirement. He said SES would double the number of HD channels on the platform between now and 2025 meaning that the number would have quadrupled between 2012 and 2025.

Mathur said SES had made investments in satellites over emerging markets, enabling it to capitalise on ongoing digitisation of TV in these markets.

SES had split its business into video and networks arms because these are very different businesses, with networks requirements involving shorter lifecycles of agreements and business plans.

This means that SES is now commissioning different kinds of satellites for networks and video.

In order to cater for the requirement of video customers to deliver content over multiple networks to multiple devices, SES has moved away from the simple sale of infrastructure to supporting a wider range of activities through the ownership and development of MX1. It also provides media platforms, encompassing the front end of the consumer experience as well as MX1’s support for the back end infrastructure required to touch multiple distribution points.