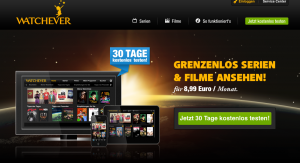 Vivendi is merging its struggling YouTube rival Dailymotion with video-on-demand technology unit Watchever, according to a French press report.

According to the Journal du Net, which claimed to have obtained a copy of the internal document laying out the merger process, the move is designed to create a larger unit with a clear strategy and a more efficient operation.

According to the Journal du Net, Watchever chiefs Simon Gilham and Karim Ayari will become part of the Dailymotion team under Maxime Saada.

Loss-making Dailymotion has struggled since its acquisition by Vivendi from Orange two years ago. The unit turned in revenues of €22 million for the first half, down a staggering 40.7% year-on-year. The user-generated content portal was relaunched in July with a new focus on premium content that appealed to the 25-49 demographic – an older skewing audience than its previous target market.

Vivendi CEO Arnaud de Puyfontaine told analysts on Vivendi’s recent Q2 earnings call that Dailymotion was showing “good signs” including “increased consumption of premium content and higher user engagement” that should translate into an improvement in its financial performance next year.

Watchever, the company’s premium video-on-demand and streaming unit, encompassing WatchMusic and the recently-launched mobile TV offering Studio+ as well as Brazilian music streaming service Entretenimento, posted a loss of €22.9 million last year and a loss of €5.2 million in the first half of this year.

Vivendi closed the Watchever-branded German SVOD service last year, which, along with the acrimonious collapse of its relationship with Italy’s Mediaset, marked an end – at least for now – to its ambition to create a pan-European rival to Netflix. Vivendi Content chief Dominique Delport suspended the project to create an international OTT TV service exactly one year ago.