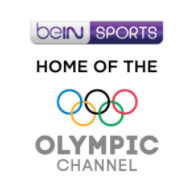 BeIN Media Group has struck a partnership with the Olympic Channel to air Olympic-themed programming blocks, leading to the launch of a 24/7 linear channel in MENA in November.

Branded programming hours will air on the channel for two months, leading up the launch of a 24/7 channel on November 1. This will offer year-round coverage of Olympic sports and athletes on a subscription basis.

The channel will air live coverage of the upcoming Olympic Winter Games in Pyeongchang next year, highlighting BeIN’s rights agreement with the IOC.

Further programming will include live broadcasts from beIN’s sports media rights agreements, original series produced by the Olympic Channel, access to archival footage from the IOC’s library, and additional news and highlights. A daily Arabic studio show will carry Olympic-related reports and stories from beIN reporters in the region and from across the world.

“We are excited to collaborate with BeIN Media Group to deliver the Olympic Channel experience to their audiences throughout this important and growing region, bringing them closer to the Olympic Movement all year round. Our partnership with beIN to create a co-branded linear platform gives us a powerful position in MENA to further engage fans and new audiences with the Olympic Channel brand and the Olympic Games than ever before,” said Mark Parkman, General Manager of the IOC’s global Olympic Channel.

“BeIN is passionate about sports.  We are constantly collaborating with our global partners to present sports to our subscribers in high quality. The Olympic Channel debut in MENA beIN network demonstrates that beIN is the only premium destination for sports lovers in the region.” said Yousef Al-Obaidly, Deputy CEO of BeIN Media Group.

BeIN Media secured exclusive rights to the next four Olympic Games, starting with Pyeongchang, in the MENA region from the IOC in 2015.