Brave Bison cuts losses after axing half its staff 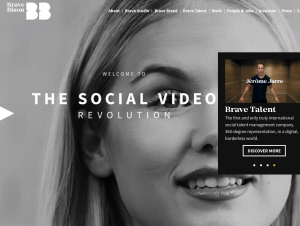 UK-based digital content company, Brave Bison, reported lower revenues but also reduced losses in H1 2017, after axing more than 50% of its staff in the past year.

Announcing interim results for the first half of 2017, the company, which was formerly known as Rightster, said that its headcount now stands at 57, down from 124 in June 2016, after it centralised its operations in two locations – London and Singapore.

Brave Bison said it continued to invest in talent and content production to support its SlashFootball brand this year, and opened Yellowstone Studios in early 2017 to help cut production costs.

The company reported that advertising remains “by far” its most significant revenue stream, accounting for 86% of net revenues. For the six months ending June 30, Brave Bison recorded revenues of £6.0 million (€6.7 million), down from £9.7 million a year earlier.

The company’s operating losses came to £2.1 million in the first half, compared to a loss of £3.5 million during the first half of 2016.

“During the first half of the year the Group has continued to pursue the established strategic imperatives of simplifying the business, moving up the value chain and achieving stand-alone financial sustainability,” according to the company’s financial and business review.

“The first quarter of 2017 saw generally difficult trading, but in the latter months the company has delivered more encouraging results, helped by improved cash collection, demonstrating what can be achieved.”

“When I agreed to take on the responsibilities of the chief executive officer in January this year, it was with the aim of bringing some stability to this promising, innovative and creative business while a permanent CEO was sought,” said Brave Bison’s chief operating and finance offer, and acting CEO, Kevin Deeley.

“The financial results for the first half of the year demonstrate that Brave Bison has the potential to deliver strong performance by focussing on high-value activity as a producer and broadcaster of social video. I wish our new CEO Claire Hungate the very best as she takes on the leadership of this exciting business.”

Former Warner Bros. Television Production UK co-managing director, Hungate, was named CEO of Brave Bison earlier this month, and is due to take up the post on August 1.

Rightster rebranded as Brave Bison last year as it sought to reposition itself as a content-creating, social video broadcaster.

The company had previously provided various digital services to entertainment and advertising firms and had MCN assets due to its £50 million (€63 million) acquisition of Base79 in 2014. It is now focused on producing content for social platforms, primarily YouTube and Facebook.