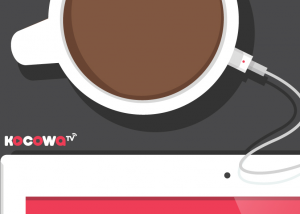 South Korean three largest networks – KBS, MBC and SBS – have jointly launched a subscription on-demand platform in the US.

The trio has formed KCP Global, a venture that houses the new SVOD service, Kocowa.

Shows will be made available subtitled into English less than six hours after their Korean broadcasts, thanks to a translation team that will work as programmes run.

Programming will include drams such as Into the World Again and School 2017, and variety shows Running Man and 2 Days 1 Night.

KCP was founded in LA in November last year. Its CEO is Junsik Kim, who said: “Korean pop stars, such as PSY and BTS, have captured global audiences, forging interest in discovering more Korean stars and TV programmes.

“Kocowa offers a single destination to discover the best of all types of Korean TV programs, from drama to variety.”
The service will cost US$0.99 a day, US$6.99 a month or a discounted US$69.99 a year. There is also an advertising plan that offers 24 hours free access.

Kocowa is shorthand for Korean Contents Wave, and has been created to target around eight million US-based consumers identified as interested in Korean programming.