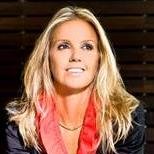 Altice has named Cláudia Goya as the new CEO of Portugal Telecom, with immediate effect. Goya replaces Paulo Neves, who is taking on the role of chairman of the Altice group in Portugal.

The change follows Altice’s deal to acquire Portuguese media group Media Capital. Neves will be charged with leading the regulatory process to secure completion of the deal, and will be tasked with taking charge of coordination of the group’s assets in Portugal.

Goya comes from Microsoft, where she was most recently chief operating officer of Microsoft Brazil. She served head of Microsoft Portugal from 2009-12. Prior to that she worked for Galp Energia, responsible for the group’s retail business. She has also worked for Proctor & Gamble, managing the group’s haircare brands.

According to Portuguese press reports, Rosa Cullell is expected to remain CEO of Media Capital after the acquisition is completed. Keeping separate management teams for the media and telecom arms of the company is seen as going some way to meet the likely requirements of regulators that access to content remains open to rival groups.

“Cláudia Goya is the right leader to embody the new challenge for Portugal Telecom. It’s a great pleasure to welcome Cláudia in the Altice family. She will intensify our commitments to the company and to Portugal through innovations, investments in infrastructures and digitalization, to offer the best experience to Portuguese people,” said Michel Combes, CEO of Altice Group.

‘’It’s a great honour to embrace the challenge of leading a company which has such strong presence in the life of the Portuguese people as well as in the businesses in our country. I believe in the opportunities transformation opens-up for customers, employees and partners. I am deeply committed with a great sense of responsibility to elevate Portugal Telecom to a world-class reference in its sector,’’ said Goya.