Ericsson chairman to step down 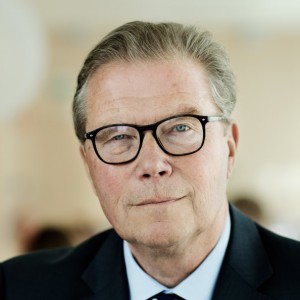 Ericsson’s chairman of the board, Leif Johansson, will not make himself available for reelection at the company’s annual general meeting of shareholders in 2018.

Ericsson said that the nomination committee has initiated its search for a replacement for Johansson, who has worked as chairman of the board since 2011.

“It has been an exciting but also challenging time,” said Johansson in a statement. “Börje Ekholm assumed the position as CEO in the beginning of the year and during the first quarter the company presented a new, more focused, business strategy.

“This strategy, which is supported by the board and the major owners, creates a solid foundation for realising Ericsson’s full potential. The company now enters a new phase, with focus on execution, and we also have a new ownership constellation.

“It is natural to let the owners jointly propose a chairman and well ahead of this I want to announce that I will not be available for a next term”.

Ericsson’s last AGM was held on March 29, 2017 in Stockholm. On the eve of this, the company said that it could record up to SEK 15 billion (€1.57 billion) in extra costs in the first quarter as a result of write-downs, restructuring charges and “recent negative developments”.