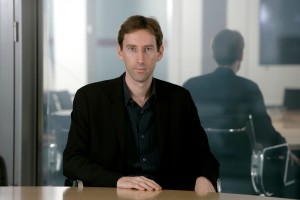 A new Freeview Play content discovery and recommendation system is currently in development and is due to launch later this year.

During a panel session on ‘innovation in broadcast’ at the DTG Summit in London yesterday, Digital UK CEO Jonathan Thompson showed a picture and gave details of the in-development offering.

He said it would provide a “richer, more content-focused guide to Freeview content” with direct routes to different player applications and universal search across all apps available via the hybrid Freeview Play platform.

Thompson also revealed that there will be more programme images compared to the normal Freeview EPG, and the new design will introduce genre-based recommendations.

“Our goal is to evolve the TV model for those who love broadcast TV but want the added benefits that IP-connected TV allows,” said Thompson.

While he claimed that none of the updates are “revolutionary”, enhancing the service will help serve people who want “the best of free and a route to pay; that’s absolutely the focus of what we’re trying to do.”

“With Freeview Play we are trying to bring many of the philosophical elements that made Freeview a success to the hybrid market – simplicity, universality, lack of contract, choice, and easy navigation to content,” said Thompson.

“I think hybrid is an over-used word, but that is the future of television delivery for the forseeable future. We want to make broadcast TV better by using connectivity to the internet as a way of improving the choice, flexibility and functionality that viewers are offering.”

Separately, Digital UK said last month that the Freeview TV guide will be updated and expanded in August following an industry-wide consultation, with some existing channels moving to new numbers.

Digital UK said at the time that the change is designed to increase capacity for the future launch of new channels and strengthen “consumer protection measures” to further minimise risks around minors viewing inappropriate content.

Digital UK provides operational support for the UK’s Freeview platform – the free-to-air service that is watched in roughly three-quarters of UK homes.

It manages the Freeview electronic programme guide, leads on developing DTT strategy, working with its broadcast partners and led the technical development of the hybrid TV Freeview Play platform.