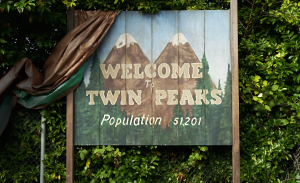 Pay TV giant Canal+ is to bring the Showtime channel brand to France for the first time.

The output agreement Showtime distributor CBS Studios International (CBSSI) has struck is akin to those with Sky in the UK, Movistar in Spain, Stan in Australia and Bell Media in Canada.

This will see at least ten current or upcoming series playing on Canal+ under the Showtime brand.

Exclusive branded series will also go out on Canal+ platforms in French-speaking Africa, Switzerland and Monaco.

This all means the upcoming Twin Peaks reboot will go out via Canal+, as will Jim Carrey-penned, stand-up comedy-themed I’m Dying Up Here and the current season of high-finance drama Billions.

Ray Donovan, The Affair, Nurse Jackie, California, The Borgias and Dexter, which was the first Showtime series to broadcast on Canal+, are also included.

Canal+ already has exclusive rights to Homeland in France.

“The value and prestige of the Showtime brand continues to grow rapidly in the global marketplace with this latest agreement a testament to the strength and quality of incredible programming being produced by Showtime,” said president and CEO of CBSSI Armando Nuñez.

“We are very excited to further extend our long-standing partnership with CBS for Showtime original series, which have always been favourites among our subscribers ever since we started airing Dexter in 2007,” said Canal+ CEO Maxime Saada.

“We can only admire the quality and variety of their line-up and the great characters they create and feel thrilled and privileged to bring this to the broadest possible audiences in France.”

CBSSI’s European sales operation is based in Amsterdam, the Netherlands.