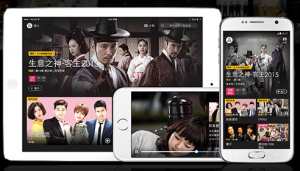 Viu, the Asian rival to Netflix from telco giant PCCW, has hit six million subscribers in the region.

The streaming service, which is both freemium and SVOD, launched in late 2015 and said it had hit four million subs last November. That total has increased sharply in the latest subs announcement as Viu has gained traction in new territories.

For Chinese-speaing viewers there is romantic drama Margaret And David – Green Bean, in India, Hindi-language dramas Gehraiyaan and Spotlight and Telegu-language pillA and Pelli Gola.

“It is indeed very encouraging to see the high engagement with our users who spend almost 100 minutes a day viewing their favourite content on Viu,” said Janice Lee, managing director, PCCW Media Group.

“This stickiness helps propel the business of our telco partners, benefits content providers, drives subscriptions and boosts the consumption of online advertisements for advertisers who leverage Viu’s regional platform to reach the millennials who are more receptive to digital advertisements.”