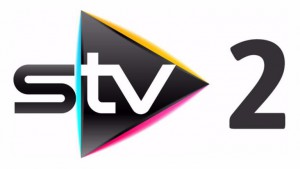 STV will launch STV2 later this month, after the Scottish broadcaster rebranded its existing local channels and added in licenses for new ones.

The commercial broadcaster has rebranded its City TV services in Glasgow and Edinburgh and also has three new licenses – for Aberdeen, Ayr and Dundee – all of which will operate under the STV2 banner.

The new net launches at 5pm on Monday, April 24. The channel will broadcast 24 hours a day on the Freeview DTT platform, Sky, Virgin and via the STV Player streaming service.

The channel will have a new nightly news programme, STV News Tonight, which will go out weeknights at 7pm.

“STV2 is the first commercial TV channel with a distinct schedule for Scotland,” said Bobby Hain, director of channels at STV.

He added: “STV2 has Scotland at its core with an entertaining mix of local, Scottish and international content. Our flagship news programme, STV News Tonight, will air every weeknight as part of a diverse schedule including a daily live magazine show, programming showcasing key cultural events and local sport plus top quality drama and entertainment.”

STV has partnered with colleges and universities on the launch and the STV2 the team will work with students on placements, internships and training.

The launch date for STV2 comes soon after UK pubcaster the BBC said it plans to sink £19 million (US$23.6 million) into a new Scottish channel. The BBC Scotland plans still need final approvals.