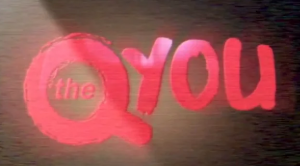 Youth broadcaster The QYou has completed a US$7.3 million financing deal that will see it listed on the TSX Venture Exchange in Calgary, Canada.

The best-of-the-web broadcaster said the funding comes at an important time for the company, with online video a “global phenomenon that shows no signs of slowing”.

The QYou formally began trading on March 31, 2017 under the symbol QYou, and completed the US$7.3 million of brokered and non-brokered financing with Canadian investment dealer Dominick Inc. as lead agent.

“With around 500 hours of video uploaded to YouTube each minute, viewers are facing content overload and there is a growing need for an aggregator to curate the most exciting and interesting videos from the internet,” said The QYou in a statement.

The company has deals in place with, among others, Showmax in Sub-Saharan Africa, Deutsche Telekom in Germany, Ziggo Sports and Knipper in the Netherlands and TotalPlay in Latin America.