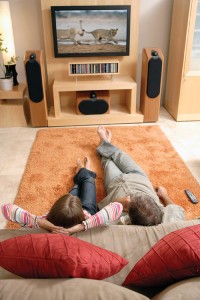 TV is still very healthy, even among younger audiences, delegates at TV Connect in London heard this morning.

“The amount of times I’ve heard ‘young people don’t watch any TV’ – well they do, and 56% of them watched TV last year for an average of three hours 27 minutes per day versus adults that watch for 4 hours and 37 minutes,” said Aftab.

Aftab said that for ITV, a youth-skewing show like Love Island was viewed more on the UK broadcaster’s online platform, ITV Hub, than it was on its linear channels.

“We had 50% of 16-24 year-olds that are subscribed or registered to ITV Hub watch that programme,” she said.

Speaking on the same panel, Mark Wilson-Dunn, vice president of BT Media and Broadcast Enterprises, said that linear TV is “not going anywhere” – even if young people have different viewing habits.

“It irks me when people say ‘this is what the kids are doing, this is what the millennials are doing, that’s the way we need to go’,” said Wilson-Dunn. “As a father of four daughters, I can tell you one thing: the only thing you can predict about kids is that they don’t stay kids. They grow up. I’m not doing anything I used to do when I was 18 – you do adapt and change.”

“You have to be ready though to cope with the proliferation of different ways of consuming content. It’s incumbent on all of us to do that, but is linear TV going anywhere very soon? No, it’s still growing.”

Earlier this year, the UK marketing body for commercial TV, Thinkbox, published a report that said that TV accounted for 74.8% of UK video viewing last year, down slightly from 76% in 2015, though total video consumption was up year-on-year.