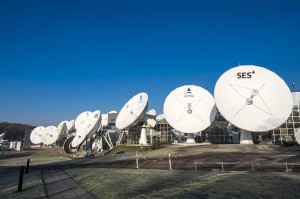 SES’s reach has increased 18% since 2012 with the satellite operator covering 325 million homes at the end of 2016, according to company stats.

Presenting the findings of its latest annual SES Satellite Monitors report, SES senior market and business analyst Ricardo Topham said that it reaches 156 million homes in its largest market of Europe and 78 million in its second market of North America.

Elsewhere in the world it reported reach of 37 million homes in Latin America, 10 million in Africa and 43 million in Asia Pacific.

SES reported a 36% boost in the number of TV channels it carries compared to 2012, with the company broadcasting a total of 7,530 channels at year-end 2016.

Some 2,500 of these were high definition channels, while SES’s fleet also now carries a total of 34 Ultra HD channels.

Though the company did not offer forward projections for the growth of Ultra HD, Topham said the number of commercial UHD channels had tripled in the past year and he expects growth to continue.

In terms of TV reception modes, SES said that satellite still led in Europe and the company claimed to serve some 70% of all European satellite TV homes.

In Europe, SES said that HDTV has almost doubled in five years. It also said that traditional TV viewing remains at high levels, with 96.8% TV homes watching TV in this way – down only slightly from 97.1% in 2015.