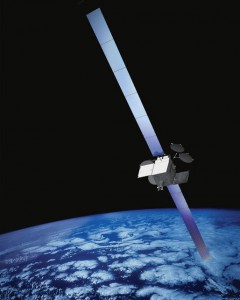 Satellite operator SES’s core video business is set to provide increasing returns thanks to its ability to maintain pricing, while the company’s long-term bet on satellite data should begin to pay off this year, according to analysts at Berenberg.

In a note on SES, Berenberg set out the argument that the geostationary satellite business, far from entering a period of decline as fixed terrestrial coverage expands and linear TV viewing falls away, is set for a period of strong and sustained growth.

Giving SES a ‘buy’ rating, Berenberg said that SES is “materially undervalued” and that, far from being a “legacy business”, the GEO satellite business is “a growth story that will surprise on the upside over the next few years, driving further dividend growth and potential capital returns”.

According to Berenberg, SES will see a return to organic revenue growth in 2017, driven by new capacity, while returns will rise as capital expenditure returns to lower levels after a period of heavy investment in infrastructure.

Berenberg points to SES’s claims that pricing for video capacity remains flat or increasing, despite predictions to the contrary, with new long-term contracts being signed.

Pointing out that “linear TV consumption is declining at a rate of only 2-3%” despite increased penetration of OTT TV services such as Netflix and Amazon Prime, Berenberg expects “new channels to launch as broadcasters seek to leverage their catalogues even more efficiently, with thematic/niche channels”. The analysts highlight the fact that “the number of channels, even in mature markets, continues to rise”.

The analysts predict low single-digit growth in the video segment for SES, citing the fact that about 60% of all channels are now delivered in MPEG-4, meaning that a decline in demand for capacity through the use of new compression technology should level off. Capacity demand will also be boosted by growing demand for UHD TV services, it says.

At the same, declining “capital intensity” will deliver solid returns for SES’s video business, which will remain “a very valuable cash cow” for SES, according to the analysts.

Berenberg also believes that the satellite data market will now grow strongly despite the recent decline in demand for point-to-point applications. It argues that SES’s investment in O3b, which can provide large amounts of low-latency bandwidth at low prices, is well-suited to meet exploding demand for data from mobility, consumer broadband, online vide and government surveillance applications.

Overall, Berenberg predicts that SES will deliver organic growth of 3% this year, a major change from the negative figures delivered over the past two years.