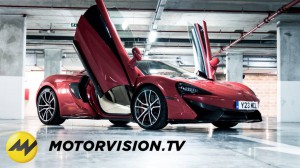 Motorsports channel Motorvision TV has struck a deal with Liberty Global’s UPC Austria and UPC Switzerland, giving access to the channel to cable subscribers in the two countries.

The channel’s latest carriage deal follows its move from exclusive to non-exclusive carriage with Sky Deutschland earlier this year. That change freed the service up to strike agreement with other distribution partners in the German-speaking area.

In the German-speaking area, Motorvision TV continues to be available on satellite via Sky Deutschland, on IPTV via Deutsche Telekom’s EntertainTV and on the internet via OTT services M2M TV (Mobile2Morrow) and Watch-it!

The channel said that further distribution partners for the German feed will be announced shortly.