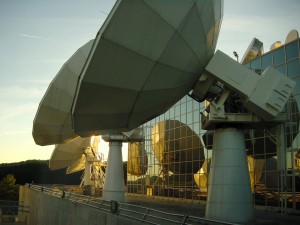 Satellite operator SES’s video revenues for 2016 were boosted by the acquisition of RR Media and its merger with SES Platform Services to create MX1 last year, along , with reported video segment sales growing 4.7% to reach €1.399 billion.

The number of HD channels delivered by SES grew by 7.2% to 2,495, with UHD TV now available via 21 commercial channels on SES satellites.

In Europe, SES’s HDTV channel count grew by nearly 100 channels, or 14%, with the benefit of new contracts and capacity renewals with a range of pay TV operators and free-to-air broadcasters.

Overall, SES was nudged into positive revenue growth territory last year by the acquisition of RR Media and O3b Networks, posting a 2.7% rise to €2.069 billion. Excluding these acquisitions, revenues fell by 2.7%. Net profit jumped from €545 million to €963 million for the year.

Enterprise revenues declined significantly, due to lower revenue derived from wholesale capacity contracted to small and medium-sized resellers for point-to-point

“2016 was a year of acceleration for SES. We continued to execute our strategy of building differentiated capabilities in the four market verticals. This contributed to delivering 2.7% growth in reported revenue and SES’s highest ever contract backlog,” said Karim Michel Sabbagh, president and CEO.