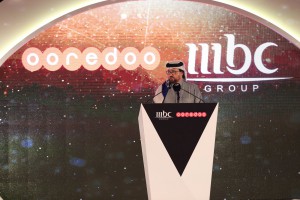 MBC+ Ooredoo will air a selection of MBC’s best Arabic content and is available to Ooredoo customers on channel 180.

The new channel launch is part of a multi-year memorandum of understanding signed between Ooredoo and MBC Group last year, which gave Ooredoo exclusive rights to some of the Group’s most popular HD channels in Qatar.

The channel’s launch event was held on Sunday in The Museum of Islamic Art in Doha and was attended by Ooredoo Qatar CEO Waleed Al Sayed, MBC Group CEO Sam Barnett and a host of MBC talent.

Speaking at the event, Al Sayed said: “Since its launch Ooredoo TV has offered the latest and best content, whether live, On Demand or on the go via the Ooredoo TV App.”

“This is the latest step in our vision of offering leading local and international content to Qatar and we hope you enjoy the wide range of programmes we have selected especially for Ooredoo TV customers in HD.”