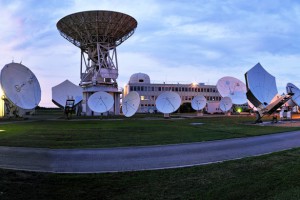 Eutelsat said that HD TV continues to gain ground across its broadcast satellites, with 240 HD channels launched in 2016 – equalling the total number launched during the previous two years.

HD take-up was particularly strong at Eutelsat’s flagship Hotbird position, with HD channels now accounting for almost one in four channels in the line-up.

Eutelsat attributed this to progressive HD adoption by public broadcasters like Rai and CCTV; new premium pay TV content in flagship platforms including Sky Italia, Polsat, nc+ and Nova; and a wave of new free-to-air channels like Euronews HD and Al Jazeera English.

Eutelsat said that its Hotbird neighbourhood now has a total of 250 HD channels, up 25% year-on-year.

The other two neighbourhoods it highlighted as notable for “exclusive content and market leadership” were: its 7/8° West position over the Middle East and North Africa, which has almost 150 HD channels, up 40% in a year; and its 36° East position, serving Russian and African markets, which has 114 HD channels, up 14%.

Eutelsat’s commercial and development director, Michel Azibert, described last year as a “tipping point for High Definition TV across our portfolio of video neighbourhoods, culminating in a new landmark of 1,000 channels, many of which are exclusive to Eutelsat”.

“We are fully equipped to accommodate this accelerating pace and to work closely with broadcasters as they transition to an enhanced viewing experience.”