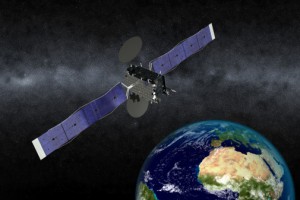 Satellite operator Eutelsat saw a 2% like-for-like drop in video revenues in the six months to December to €455.4 million, contributing to an overall drop of 0.9% in revenues to €755 million.

The company said that its broadcast video business was stable on the back of additional capacity being available via Eutelsat 8 West B for the MENA region and Eutelsat 36C for sub-Saharan Africa, offsetting the rationalisation of capacity at the core Hotbird position and lower revenues from French free-to-air platform Fransat.

Eutelsat’s order backlog declined by 8% year-on-year and now stands at €5.3 billion. Video represents 84% of the total.

Overall, the company’s results were better than expected, and Eutelsat confirmed the forward revenue objectives it set in July. These forecast a full-year revenue decline of between 1% and 3%, with flat revenue in 2017-18 and a modest return to growth for the following year.

The company also said it expected its EBITDA margin to reach up to 77% for 2018-19, as opposed to the above 75% expectation previously announced.

CEO Rodolphe Belmer said: “First Half revenues were in line with expectations, and we are on track to reach our current and three year objectives thanks to a solid commercial performance. We are also on target to deliver on our commitment to reduce capital expenditure, notably thanks to the highly effective application of ‘design-to-cost’ for satellite procurement.”

Belmer highlighted the company’s LEAP cost-savings plan, aimed at generating €30 million in annualised savings by 2018-19, contributing to the group meeting its free cash-flow targets and enabling it to raise its EBITDA margin outlook.

He also said that broadband was making strong progress, with a number of new contracts being sealed.