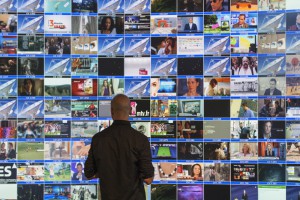 The number of HDTV channels on SES’s satellite platforms grew by 7% last year to reach 2,495, or one third of all channels on the fleet, the company has revealed.

SES now claims to carry 27% of all HD channels globally, with over 60% of all channels on its fleet now broadcast in the MPEG-4 compression standard.

Europe was the key driver of SES’s overall HDTV expansion last year, where the number of HDTV channels grew by 14% to more than 750 channels. The Americas also saw strong growth

SES said that last year’s acquisition of RR Media and the subsequent creation of MX1 through a merger with SES Platform Services helped it deliver HDTV and UHD growth in Europe and North America, while the launch of SES-9 was a significant factor in supporting growth in Asian markets. The launch of SES-10 and SES-15 later this year will deliver further growth potential for the Americas.

“With more TV channels than ever before, this confirms SES’s leading role as a TV broadcasting infrastructure and driver of global digitisation” said Ferdinand Kayser, chief commercial officer of SES.

“Through the growth of its channels portfolio and through major acquisitions in 2016, SES is exceptionally well placed to leverage major growth opportunities, especially in new and emerging markets. Our current launch programme is a dynamic engine for this future growth. With more and more channels being broadcast in HD and Ultra HD, 2017 and beyond will see continued growth and accelerated development for SES’s video segment.”