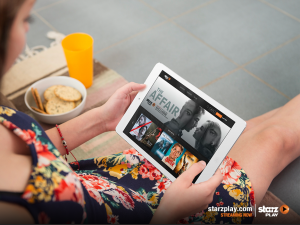 The new Warner Bros. deal gives Starz Play new TV and films from the studio for the 19 countries it covers in the MENA region.

The deal gives Starz several superhero shows including Supergirl, Legends of Tomorrow and new episodes of The CW’s superhero series The Flash. Other drama series include Blindspot.

Starz Play subs will also get to stream all ten seasons of classic comedy series Friends.

“This is a landmark deal which adds some of the most demanded and searched titles to our library” said Khaled Benchouche, senior VP of programming and acquisition at Starz Play.

“Superhero movies and series have always been one of the most popular genres on our platform, and our deal with Warner Bros. will enable us to provide amazing TV shows such as The Flash and DC’s Legends of Tomorrow to our subscribers.”

Jeffrey Schlesinger, president, Warner Bros. Worldwide Television Distribution added: “We are pleased to continue our relationship with Starz Play that will now give their subscribers access to several of our marquee series and the opportunity to discover this programmes for the first time or catch up on missed episodes.”

Starz Play now has deals with Disney, CBS, Fox, Paramount and Warner Bros. providing a new outlet for premium content owners. It is also working with independents including Sonar, and has just launched its Tom Hardy drama Taboo as a day-and-date exclusive.