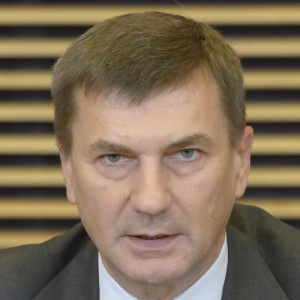 European institutions have agreed on a plan to coordinate the use of 700MHz band – hitherto used for digital-terrestrial broadcasting – fore mobile applications.

The European Parliament, the Council and the European Commission have agreed on how to coordinate the use of the 700 MHz band across European borders, which they believe will facilitate the introduction of 5G mobile services as of 2020.

Under the plan, the 700MHz band should be assigned to mobile operators and made available for wireless broadband use by June 30 2020 at the latest in all EU Member states. Duly justified exceptions – on grounds defined in the Decision – are possible until June 30 2022.

Member States will adopt and make public their national plans for releasing this band by 30 June 2018. They will need also to conclude cross-border coordination agreements by the end of 2017.

Regarding the sub-700MHz part of the UHF frequency range – 400-694MHz, long-term priority will continue to be allocated to broadcasting until 2030. However, under the proposals, each Member States has the opportunity toi take “a more flexible approach” to alternative spectrum use, according to different levels of digital terrestrial television take-up in their respective countries. The Commission said it “will also review the use of this band with a view to ensuring efficient spectrum use”.

Negotiators from the three institutions reached agreement on an EU-wide approach for the use of the UHF band – 470-790MHz – including the 700MHz band – 694-790 MHz. The agreement builds on a proposal presented by the EC in February.

The Council reached its common position on May 26 and the Parliament’s ITRE Committee reached its position on November 10. Both institutions are expected to formally endorse the agreement in the coming weeks.

Andrus Ansip, vice-president for the Digital Single Market, said: “Better spectrum coordination is vital to provide higher quality internet to all Europeans. It paves the way for 5G, the next generation of communication networks, and the internet of things. We made a first step today with a joint approach to use the 700MHz band in the EU. We should go further and this is one of the main objectives of our new Electronic Communications Code and 5G action plan presented earlier this year. We should progress as swiftly on these initiatives which are essential to have first-class connectivity in the Digital Single Market. We struck a first agreement today, we should reach many more as soon as possible.”

Günther Oettinger, commissioner for the Digital Economy and Society, said: “A coordinated strategy for the whole UHF band asserts our European vision. It ensures that Europeans can access innovative services and creative content on the move from their tablets and smartphones, as well as on smart TV sets at home. The coordinated release of the 700MHz band is major leap forward on the Union’s path to 5G.”