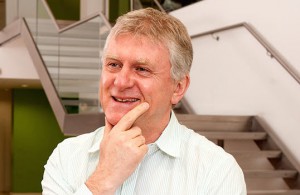 Ian Jones will leave his role running S4C at the end of the year.

His exit after six years running the Welsh pubcaster comes amid debate about its future and funding.

Announcing the exit, S4C said Jones will remain in the TV business “and is looking to split his work time between the UK and San Francisco on the West coast of the USA, where his partner has recently taken up employment”.

Jones, a Welshman joined S4C, in 2010 from A+E, where he was in charge of distribution. He started his TV career at S4C over three decades ago and has also worked for Nat Geo and (now defunct) Target.

“My six years at S4C brings to a close a career long association with the channel,” he said today. “It’s been a time of perpetual change, full of challenges and has been a privilege to work with a passionate and talented staff and some of the most talented people in the industry.”

Huw Jones, chairman of the S4C Authority, added: “Ian has led S4C through a period of great change with energy and commitment. He has won the confidence of the television industry in Wales, as well as that of politicians of all parties, and has been instrumental in delivering a new highly productive partnership with the BBC.

“He has dealt with substantial cuts in funding while ensuring that the service on offer to the public has been of a very high quality. Under his leadership, S4C has taken important steps forward in respect of its presence online and across the UK.”

Earlier this year the UK government announced an independent review of S4C’s remit and financing to take place after BBC Charter renewal in 2017.