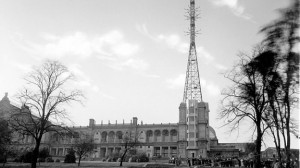 The BBC has opened up its archive to celebrate 80 years since its launch of the first British television service on November 2, 1936.

BBC History has launched a microsite that contains video and audio footage that tells the story of TV – including the invention of television and information about the opening night of broadcasts from Alexandra Palace, London.

The BBC defined ‘high-definition’ at the time as a broadcast of 240-lines or higher. This allowed it to claim to launch the world’s first regular high-definition television service, as a German TV service offering pictures of 180-lines launched the year before in 1935.

The BBC microsite also includes information about TV’s closure during the Second World War and its re-emergence in 1946, and about TV’s milestone moments such the coronation of George VI in1937 and of Elizabeth II in 1953.

“We are delighted to mark this momentous occasion by sharing much never-before-seen material from the BBC archives. The anecdotes, images and recordings offer today’s audiences a fascinating behind-the-scenes insight into the early days of television,” said Robert Seatter, head of BBC History.

Bryan Coombes, director of terrestrial broadcast at Arqiva said: “We feel incredibly privileged to be able to support the 80th anniversary celebrations at Alexandra Palace, and help deliver what will be an amazing public spectacle befitting of this historic location.”