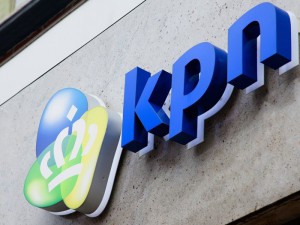 Dutch telco KPN had 1.985 million IPTV customers at the end of the third quarter, up 9.5% year-on-year. The ongoing decline of the company’s Digitenne digital-terrestrial service – down 17% to 303,000 customers – a number that also included some residual analogue TV homes – meant that KPN’s TV total base stood at 2.321 million, up 4.7%.

KPN added 22,000 IPTV homes in the third quarter, compared with 6,000 broadband additions. Household revenue-generating units increased to 2.14 from 2.04 a year earlier, with ARPU growing by a couple of euros to €41.

Triple-play customers numbered 1.708 million at the end of the quarter, up from 1.577 million a year earlier.

“In the third quarter of 2016, we delivered an improved financial performance supported by cost savings and good commercial performance in consumer, where we have just passed the milestone of one million fixed-mobile households. We strive to continuously improve the experience of customers with our products and services; this quarter we have further improved our fixed and mobile propositions in consumer, reached a speed of 1.1Gbps in a 4G test and are starting to see the benefits of dedicated customer experience programmes in business,” said KPN CEO Eelco Blok.

“Challenges remain in the business segment though, particularly due to the impact of migrating customers away from traditional single play services to integrated services and due to price pressure in mobile.”