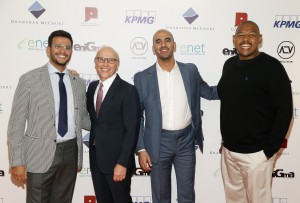 According to the company, which currently offers Arabic video content on a free-to-view basis, the new app allows users to view and share their programmes, as well as quickly and conveniently finding new and trending content ranging from sports coverage to comedy, film and game reviews, makeup tutorials and current events.

ALTV provides a platform for non-professional content creators to produce and distribute content and make revenue from it, in addition to providing training and tools, according to the company. The Dublin-based service launched  in the MENA region in June and said it planned further launches in Latin America and sub-Saharan Africa.

“ALTV is solving the growing global challenge being faced in areas of the world that are currently underserved by technology – connecting creative content developers to engaged audiences. The new mobile app enables the ALTV community to enjoy and contribute to the platform on their own terms, whether it be through a traditional PC or through their phones,” said ALTV founder David McCourt.

“At ALTV, we are celebrating the revolution in online entertainment which is inspiring millions of people across the Middle East and North Africa. The new app is unique to the market, offering viewers a platform to collaborate with the fastest growing community of talented content creators in the region.”