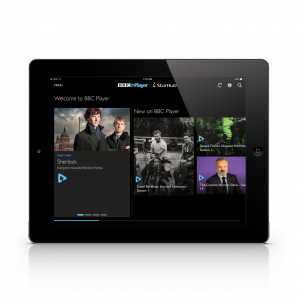 TV Everywhere services have proved popular with channels and operators in the US in particular, and allow authenticated pay TV subs to stream channels from their pay TV bundle.

Premium drama channel BBC Brit will also be included. Unlike the other services, it does not run as a linear offering on StarHub, and the addition to BBC Player effectively marks its launch in Singapore.

The drama launch means the debut of BBC/Amazon drama The Collection, and that StarHub will be the exclusive home of Sherlock in Singapore.

BBC Player app will be available over the top, and via iOS and Android apps. There will also be an offline viewing mode allowing users to download BBC shows to watch later

Paul Dempsey, president, Global Markets, BBC Worldwide said: “We’ve introduced BBC Brit, BBC Earth and BBC First to countries all around the world but this is first time we’ve given fans of premium British entertainment, documentary and drama, along with children’s and news their own dedicated space to stream, download and enjoy their favourite shows wherever and whenever they want.”

He hinted that there are other TV Everywhere moves in the offing elsewhere. “While we are fully focused on the launch in Singapore, the potential of this product is very exciting.”

Howie Lau, StarHub’s chief marketing officer added: “We are delighted that StarHub TV customers will be the first in Asia to enjoy BBC Player. BBC Player not only complements our pay TV offering, it also delivers BBC’s signature content seamlessly across our customers’ devices, deepening the overall entertainment experience.”