Amazon rolls out Echo and Alexa to UK, Germany 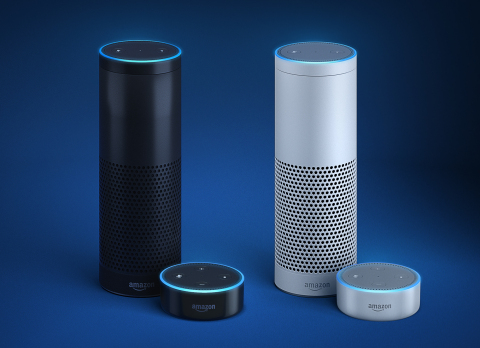 Amazon is making a bigger move into the smart home space by launching its Alexa cloud-based voice service and Echo voice-controlled speakers in the UK and Germany.

Amazon said the Echo and the smaller Echo Dot will start shipping in the UK in the coming weeks and will start to ship in Germany next month.

The Echo and Echo Dot are voice-controlled speakers that can perform tasks like answering questions, playing music, reading the news, setting timers and alarms, reciting your calendar, checking sports scores and controlling lights around the home.

Alexa, meanwhile, is the ‘brain’ that powers the service and for its UK launch will be compatible with services such as Spotify, Uber, Eat and National Rail Enquiries.

Amazon first introduced the Echo in the US earlier this year and said that in its home market there are already 3,000 ‘skills’ available for the device.

“Millions of customers love Alexa, and we’re thrilled to introduce her to the UK and Germany,” said Dave Limp, senior vice president, Amazon Devices and Services.

“We’re also excited to expand the Alexa Skills Kit and the Alexa Voice Service, so developers and hardware makers around the world can create Alexa experiences for UK and German customers.”