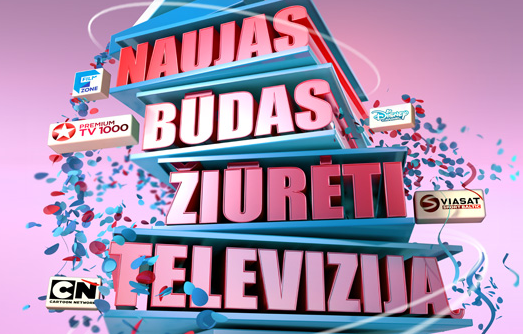 In place of big basic, CGates is offering nine smaller thematic channel packages, which subscribers can combine and modify on a month-by-month basis. The channel packages encompass films, sports, news, entertainment, factual, kids, Russian and world channels, with a package of Lithuanian channels offered free to all.

Subscribers will be able to change their line up each month. Customers who take the one, two and three-package plans will also receive internet access at speeds of up to 300Mbps, while the higher-tier plans will receive 600Mbps as well as access to video-on-demand and other interactive services.