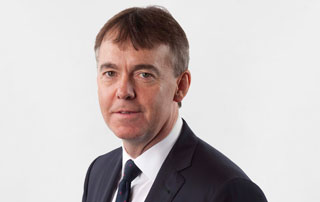 Earnings per-share, adjusted on a like-per-like basis to exclude the £791 million profit Sky made on the sale of its shareholdings in ITV and Nat Geo, were also up 13% year-on-year to 63.1p.

Commenting on the results, Sky CEO Jeremy Darroch said that the company had broadened its business and expanded into new consumer segments, applying its strategy across the group.

“The group is leveraging the many opportunities of scale; sharing resources, insights, expertise and innovation. We are investing in a broad range of world-class entertainment in every market, distributed across an unrivalled choice of market-leading platforms and supported by excellent service, because these are the things that really matter to customers.”

In the UK and Ireland, Sky passed £8 billion in revenue for the first time, which Sky attributed to “giving consumers more and more reasons to choose Sky” – including the launch of its new Sky Q offering.

However, churn in the UK and Ireland was 11.2% for the year, up from 9.8% a year earlier. Sky attributed this to a limit on retention discounts and the communication of a 4-5% TV price rise, which took effect from last month.

In Germany and Austria, Sky said it had broadened its TV offering to attract

more customers and announced the launch of its Sky 1channel in this market.

In Italy, Darroch said that  Sky is “outperforming a competitive market”, with the Italian customer base returning to growth for the first time in five years.