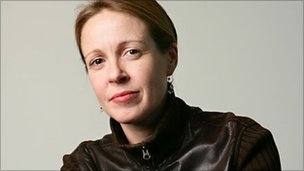 Shillinglaw left the BBC earlier this year amid a restructure at the UK pubcaster and having lost out to Cahrlotte Moore for the controller, TV channels and iPlayer role.

At that point she said: “I’ve loved modernising BBC Two and Four over the last two years, but when you don’t get the big job it’s time to move on,” said Shillinglaw. “And I’m looking forward to another big challenge.”

She has now taken the newly created role at Endemol Shine and will shape its strategy in factual and oversee the management of its production companies Dragonfly, Dragonfly West, DSP and Tigress.

Shillinglaw starts in September andreports to CEO Richard Johnstone. He said: “: “Factual is key to the UK group and Kim’s brief is to ensure we can be absolute top of our game in the genre, through supporting the teams, productions and shaping our factual strategy.”

At Endemol Shine Shillinglaw will be working alongside former BBC colleague Peter Salmon who unexpectedly left his BBC Studios role to join the producer/distributor earlier this year as chief creative officer.

He said: “We see factual as a growth area and Kim as the ideal person to champion our ambitions. She is a creative who develops and delivers big ideas and has a great track record in innovation plus a wealth of high-level experience. She will be an incredibly valuable addition to the UK team.”

Kim Shillinglaw added: “I’m really looking forward to working with the great teams and companies here and collaborating with Peter Salmon, Richard Johnston and Lucinda Hicks to take factual across the group to the next level.”