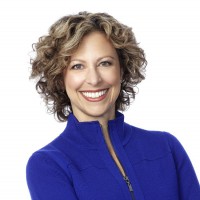 Television “is here and it’s here to stay”, with ad dollars actually now starting to move back from online to broadcast, according to Time Warner Cable Media executive Phyllis Ehrlich.

Speaking at TV Connect this morning, Ehrlich, who is senior vice-president, chief client solutions officer, said: “being at the conference for the last three days has been music to my ears, because I was at so many sessions where the speakers talked about the fact that linear television is alive and well. There still is nothing that can compare.”

She said that while there has been been a definite shift in TV ad dollars and budgets moving online in recent years, “what we’re hearing from some of the top brands and global brands is that now dollars are shifting back to television.”

“Why? Big challenging issues like ad-blocking, a lot of fraud in the system. We are going directly into subscribers homes where subscribers are paying a significant amount of money for our services,” said Ehrlich.

She claimed that last year was Time Warner Cable’s best in the last nine years in terms of adding video and broadband subscribers, and that based on Nielsen stats from earlier this year 20% of people’s time is still spent watching live or time-shifted TV, compared to 6% of time spent on the internet.