Vivendi says Europe must back its own distribution platforms 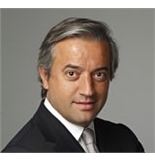 Giving a keynote address here at MIPTV, Delport told delegates: “Cannes, we have a problem.” He went on to describe how the world’s leading social network, messaging services and internet companies are either Asian in their origin, or from the US. He cited Google, Apple , Facebook and Amazon (dubbed ‘GAFA’) on one the US side, and Baidu, Alibaba and Tencent (‘Bat’) on the other.

Latin America and Africa face the same risk and challenge of not having their own platforms, he added.

Delport called for the backing of European content companies and platforms. “It’s important for Europe, for diversity and cultural relevance,” he said.

He pointed to Vivendi’s takeover of streaming platform DailyMotion as evidence that the French media giant was backing European content businesses. He also presented the Studio+ premium content mobile service.

The Vivendi exec did not directly answer a question on whether the company had designs on a larger stake in the newly enlarged Banijay Group saying the wider strategy is to create an ecosystem that allows it to maximize the potential of the rights and platforms in which it has invested.