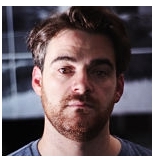 Speaking at MIPTV yesterday, Hyams described a “generational divide” where parents cannot identify with video genres in the same way that they once might have “turned their noses up at punk rock or gangster rap”.

“Why is it that young people can be thoroughly entertained by watching a dude unpack a box on a couch? Why is it that you can watch someone else play a computer game and get hours and hours of entertainment out of it,” asked Hyams.

“It’s a strange and brave new world that we at Maker Studios are of course embracing, but you have to embrace it in the right way. Working with these digital celebrities or digital creators – there’s a certain way to do it and a certain way not to do it.”

Hyams said that Maker Studios work with content creators to elevate what they do to a “brand new level of creativity” that would not be possible without support. He added that putting digital creators – who are used to curating, creating and editing their own content – into traditional TV formats “is just not going to get you anywhere.”

Outlining Maker Studios’ ‘creative conerstones’ Hyams said that the Disney-owned MCN aims to innovate, elevate and celebrate. He said that unless you can elicit some kind of emotional response from an audience, they won’t won’t like, share or comment on it and it will be a failure.

“We have a mandate to be experimenting with new ways of telling stories for platforms new and old using new technology and new talent. We have the potential to become the innovation studio – not just for the Walt Disney company, but actually for the entire industry.”